Hit enter to search or ESC to close
Articles

How polished and wily are our inner critics? They are the public speakers we all wish we could be. Confident, charismatic, convincing. Their audience sits there in stunned silence – not a heckler in hearing. There’s no Q&A. There’s no discussion. They are never booed off the stage. Even though we’ve heard their opinion before, we let them take the mike to spread their message again. And again. And again.

As sure as stars appear at night, our inner critic or anxious voice appears with stress. Whatever the stress trigger: looming deadline, difficult conversation, or work issue, our inner critic, an acclaimed expert in said field, is there to talk down to us from a place of superiority. And we, the audience, don’t know how to shut it off.

In fact, as humans, it’s very hard for us to stem the flow of thoughts that transit through our mind. If you’ve ever tried meditation, you’ll know all about that constant stream of thinking! In his book Buddha’s Brain, Rick Hanson PhD describes various ways of quietening the part of the brain that seems to talk to us non-stop.

He suggests occupying our brain’s language centres with other verbal activities, such as repeating a favourite saying, mantra or prayer in the back of the mind. Let me know how you get on with those; my experiments showed that when I give a part of my brain something to repeat, it does so in a meaningless loop while another part of my brain continues to voice thoughts. Now there are two voices in my head: the mantra-chanter’s and the inner critic’s. It sounds like a radio picking up two stations at once. It’s hell.

At this point, I usually call on my body to help. The fastest way to get out of a stressful situation is to breathe slowly and silently through the nose. Aim for a 1:2 ratio of in-breaths to out-breaths to bring you out of fight-or-flight mode. I inhale for 4 counts and slowly exhale for 8 counts.

Breath will trump mind every time; the body starts to go into rest and digest mode. The body believes it’s out of danger and the heart rate drops as deep breathing continues. But what about the brain and our language centres? What about that fiendish anxiety voice?

I have discovered that I can count breaths while thoughts are being generated in some other un-shut-down-able part of my brain.

Until, that is, I discovered I could outfox my brain with figures in various languages. If I count in English, my mother tongue, my inner critic keeps up her tirade. If I switch to counting in say French or Spanish, my inner critic drones on in English. But when I mix all the languages up, there is blissful focus as the brain devotes all its power to a multilingual counting mishmash that goes something like this:

After several cycles of counting 4:8 breaths, my inner critic slopes off the stage. She is finally silenced, counted off the podium by a sophisticated version of that famous parenting threat: “If you don’t shut up by the time I get to three: one, twoooouuuuu …”

Once she’s shut down, my breathing leads the way towards a quieter zone. Afterwards, calmed, I deal with whatever issue set off the stress alarms.

What ways have you found to out-wily your inner critic or stem the constant flow of thoughts?

Image by Tumisu from Pixabay 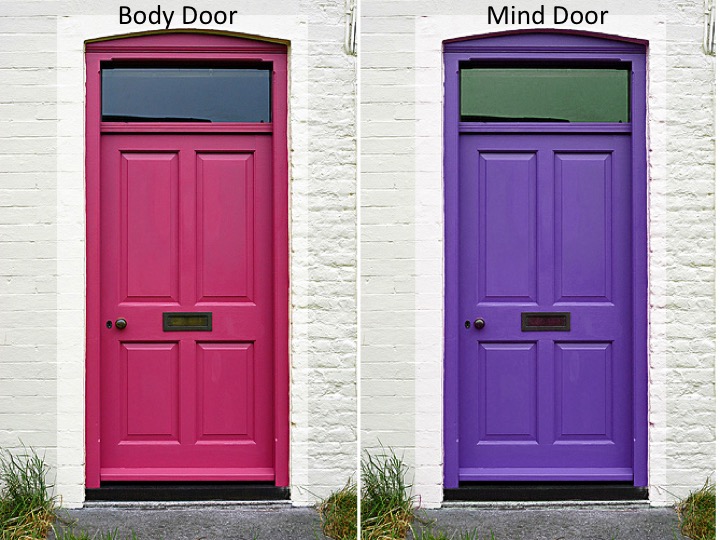 Through the Body Door

Through the Body Door

This website uses cookies to improve your experience while you navigate through the website. Out of these, the cookies that are categorized as necessary are stored on your browser as they are essential for the working of basic functionalities of the website. We also use third-party cookies that help us analyze and understand how you use this website. These cookies will be stored in your browser only with your consent. You also have the option to opt-out of these cookies. But opting out of some of these cookies may affect your browsing experience.
Necessary Always Enabled
Necessary cookies are absolutely essential for the website to function properly. This category only includes cookies that ensures basic functionalities and security features of the website. These cookies do not store any personal information.
Non-necessary
Any cookies that may not be particularly necessary for the website to function and is used specifically to collect user personal data via analytics, ads, other embedded contents are termed as non-necessary cookies. It is mandatory to procure user consent prior to running these cookies on your website.
SAVE & ACCEPT
Open chat
1
Need help?
Got questions?
Loading Comments...